VmcGameLabs.com is a blog about games with top gaming news and game reviews from professionals 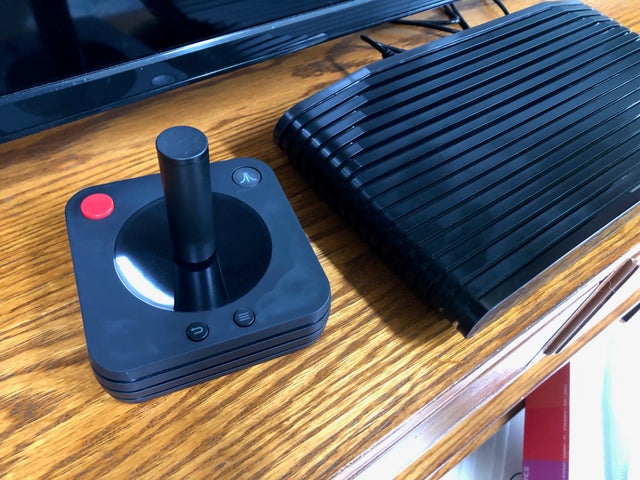 When the Atari VCS modern-retro was first announced on IndieGogo, it received a lot of fanfare. The first Atari console since 1990’s Atari Jaguar was preordered by many excited people. The Atari VCS’ official website claims that it “combines the best of both consoles and computers,” but the truth is that the system is a diluted combination of a PC and console. Although it does some interesting things, it isn’t unique and doesn’t perform well. It doesn’t even justify its price.

Two versions of the Atari VCS are available: the Onyx or Black Walnut. Black Walnut features a splash of woodgrain across its front. This is a tribute to the 1980s style of the original system. For some reason, many electronics from the 1980s featured a panel made of wood veneer. Although it was an older time, it is a great retro touch. The Onyx version is closer to the “Darth Vader”, Atari 2600 variant. It’s also all-black, as you can see in the photos.

Although the case for the Atari VCS is similar in shape to the original, it lacks all the clunky switches. There’s also no cartridge port. It is also smaller than the machine it is homage to. The Atari VCS looks great. It’s simple and elegant, but it resembles the original Atari console enough to earn my retro-addled respect.

Heating, speaking of heating, I was shocked by the fan noise when I switched on my Atari VCS using the power button at the back. I was not expecting to hear any, but I received more than any other device except my gaming computer. It was my first startup, so the internal fans were working hard. The noise was initially expected to stop, but it doesn’t. Fans are constantly running, sometimes very clearly, just like you would expect from a 5 year old laptop. I was not impressed.

I can’t recommend the Atari VCS because it costs too much and does so little. The 4K mode is a marketing tool, but it’s pretty useless. Although the number of games included is impressive, it’s not something you would actually use. There are also too many games that don’t age well. The PC mode is not well implemented and makes little sense in practice. It is better to just install MAME and 2600 games to a computer than to install software on an emulation device. An Xbox Series S is $300 for old games emulators. It also comes with a controller.